The WWE NXT brand has a big two night Great American Bash event over the next two Wednesday nights. This was announced after last week’s WWE NXT broadcast and is likely just a way for WWE to respond to the AEW Fyter Fest two night event that they will air at the same time. Is it bad by WWE? No. To me, it’s a smart move. It’s also a great treat for us as wrestling fans because they have this show with some big matches this week and next week. The fans are the winners because we can watch a lot of great wrestling on Wednesday nights.

Here’s a rundown of what is advertised along with my predictions for everything on the show.

This will be an awesome match between two of the best women’s wrestlers in the world. Shirai has been on fire this year and I loved it when she won the NXT Women’s Title at the Takeover In Your House pay-per-view last month. Sasha Banks has been on fire as well and doing some of the best work in her career whether she’s in singles or tagging with Bayley. I don’t think it matters too much who wins this match. I’m just glad it’s happening. I’ll go with Shirai picking up the win because I don’t think the NXT creative minds (Triple H, Shawn Michaels, Road Dogg and so on) want to have their champion losing non-title in the same manner that we see it happening too much on Raw and Smackdown. Hopefully they get 15-20 minutes to have a great match and I think it will be one of the best women’s matches of the year. I’ll go with Shirai to win, but if it’s a cheap finish with Bayley helping Banks then that wouldn’t surprise me either.

I think it’s very possible that we see Raw Women’s Champion Asuka showing up either during the match or after the match to watch Shirai’s back. That would also set up Asuka and Shirai against Banks and Bayley soon after, which would be awesome. 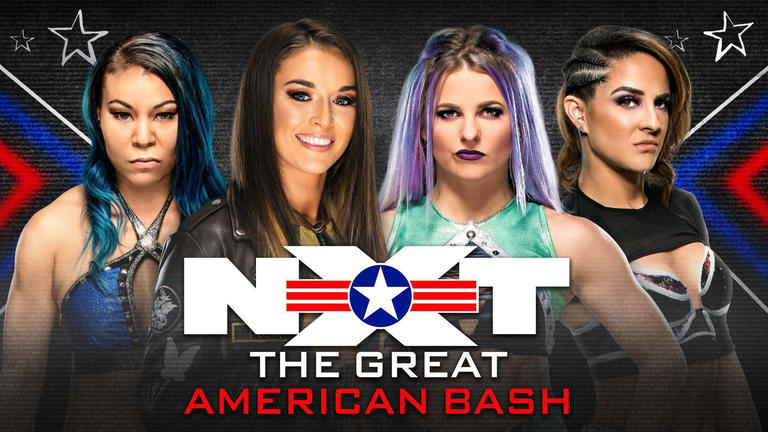 This could go a lot of ways because you can make a case for all four women as a winner here. Yim and Nox are faces while LeRae and Kai are heels. We don’t know when the match will take place and we don’t even know if there’s a Takeover event during SummerSlam weekend at this point. I think it could go either way just because we don’t know when the winner is getting the title shot. My feeling is that LeRae will win because she’s doing really well as a heel and it makes sense to get in her in the title picture against Shirai, who she used to be friends with. I think Kai will probably get a push in the near future, so maybe she gets a title shot at the next Takeover. I like Nox and Yim a lot as well. To me, Nox might have the most long term potential of any woman in WWE. Every time I watch her and realize she’s only 25 years old, it’s easy to get excited about her future.

For this match, I’ll go with LeRae to win, but really it could be any of them and that’s what I like about NXT. There’s a lot of unpredictability in their matches like this. We can’t say the same about Raw or Smackdown on a consistent basis. 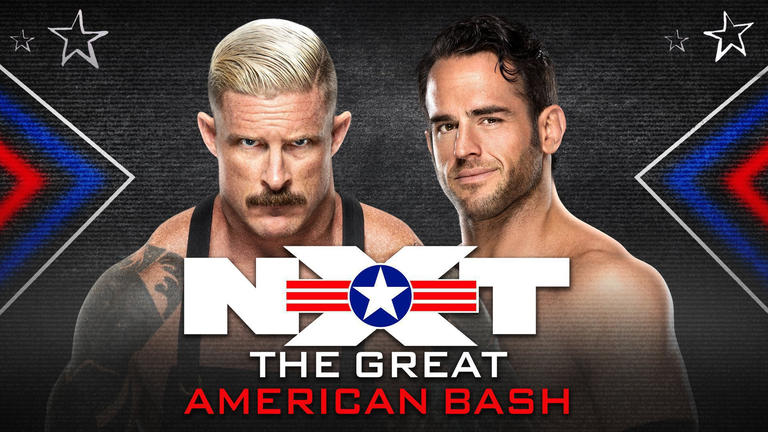 It’s been a weird feud. I’m not really excited about the match, but by doing a Strap Match it does give it a different feel. Lumis is more of an over the top character rather than a guy that has had long matches in NXT. Strong’s a great all around talent. I think Lumis will probably win. I’m expecting a match under ten minutes or so. 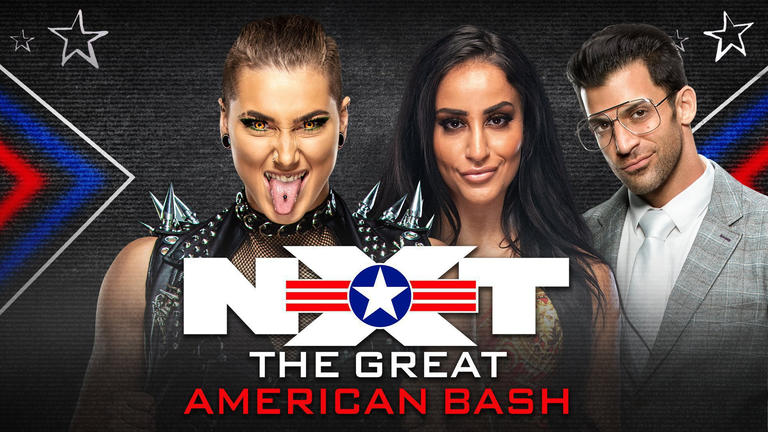 The deal here is that Ripley has to sign with the Robert Stone Brand if she loses this match. Stone is the former Robbie E in TNA and he was a pretty good wrestler when given the chance, so I’m sure he’ll be out there bumping his ass off to sell for Ripley in this match. Aliyah is still growing as a performer. I think putting her with Stone might work long term just because she can win matches in a cheap manner due to Stone.

A loss for Ripley seems like a stretch. I think NXT has booked this situation just to get Ripley on the right path again. It wouldn’t shock me if Ripley is on Raw or Smackdown later this year, perhaps around SummerSlam just because she’s already had a NXT Women’s Title run and I’m not sure if she should be in NXT for the long term. She’s young with a bright future, but I would love to see her mixing it up on the other shows. Anyway, I’ll go with Ripley getting the win. 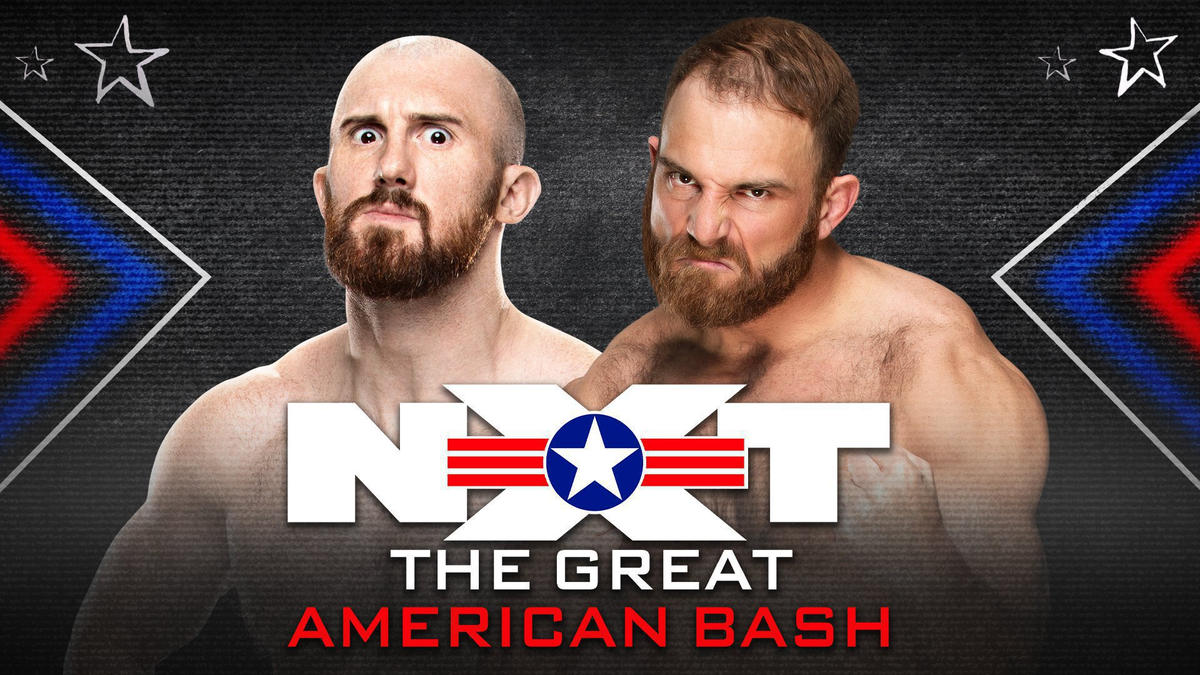 This should be hard hitting technical wrestling match. Thatcher seems to be a guy that they are building up as a big time heel that is a master grappler. Lorcan can dish it out and is great at selling, so I expect a very good match that could surprise a lot of people that may doubt these guys. I don’t think either guy is that exciting in terms of personality. However, when you think of the styles of both men, I think they will have a lot of chemistry together. A win for Thatcher seems like a lock here.

Next week on part two of the NXT Great American Bash shows is a huge match with NXT Champion Adam Cole defending his title against NXT North American Champion Keith Lee. It’s a Winner Take All match with one man leaving with both titles. 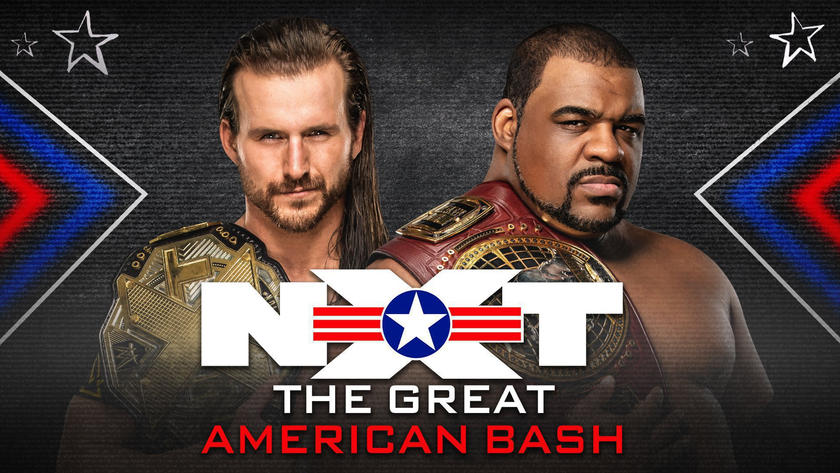 I’ll have a review of NXT Great American Bash part one right here on TJRWrestling on Thursday.