Happy Wednesday TJR Faithful! It’s been so very long. I’m sorry I’ve been away for as long as I have been. It’s almost entirely because other projects in my life and career are taking shape and have been a pretty big priority for me for the last couple months. It’s also a little because I just didn’t find the product all that interesting. Hard to write when your point of view isn’t so much that the product is bad, but that it’s simply a boring show week in and week out.

Don’t get me wrong, the matches are still great. Seems like we get at least one stellar match every week, and that the PPV lineups are chalked full of amazing matches every month now. That being said, great matches are a dime a dozen. I want to be compelled emotionally and narratively, and outside one or two feuds here and there, I just feel utterly bored watching these shows.

With that said we are approaching one of the most exciting shows of the year: Money In The Bank! For the last few years this show hasn’t failed to impress, regardless of who wins the Money In The Bank Briefcase (as I recall, last year’s show was pretty great despite the disappointment that was Sheamus winning the briefcase). I expect this year’s show to be no different than any of the past Money In The Bank PPV’s. The matches look great on paper, and the lineup for the MITB match itself features an assortment of talent that I think we’d all be happy to call our Mr. Money In The Bank 2016. 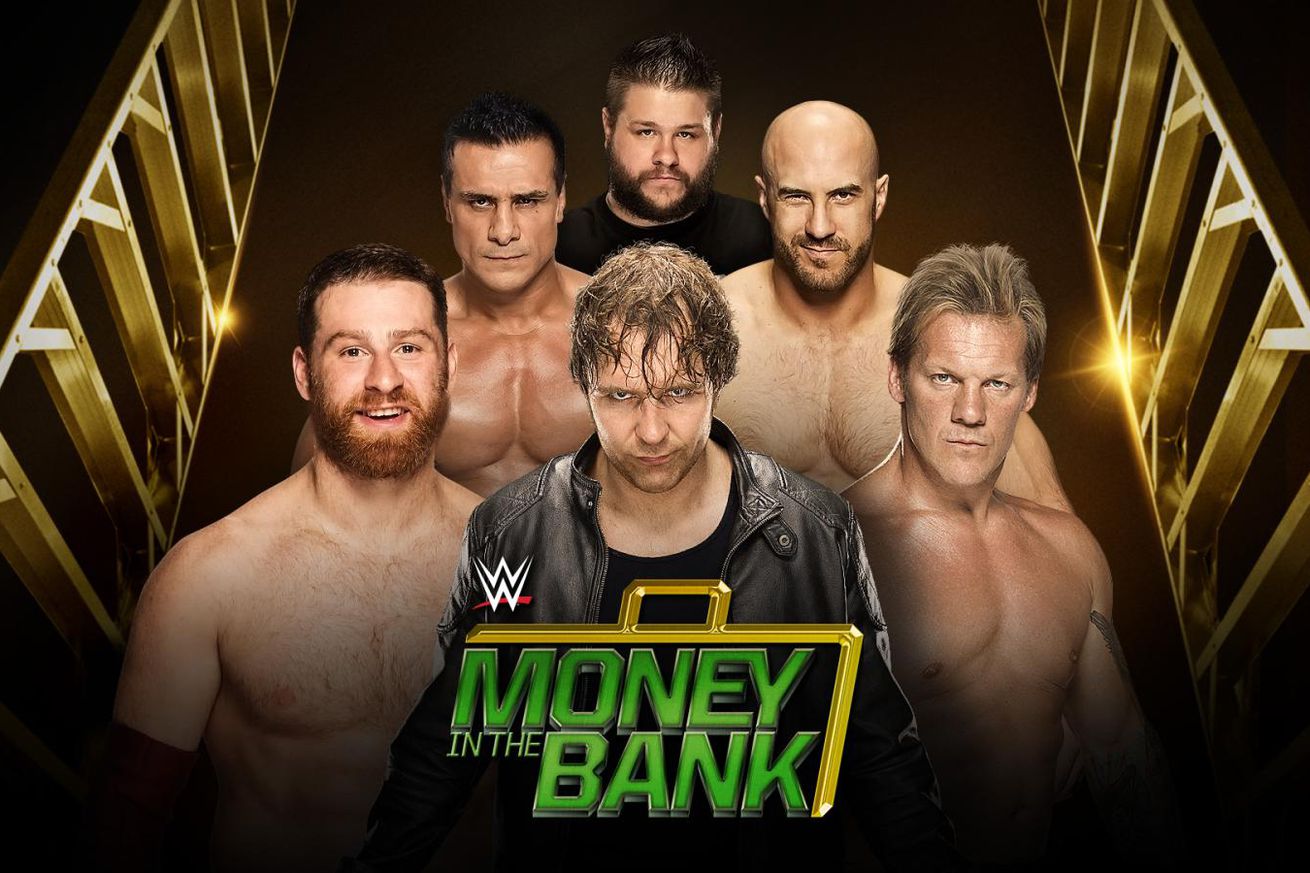 Having said that, I’ve found myself wondering for a time, has the Money In The Bank run its course as a narrative device? Is it’s novelty almost gone? I’m not talking about the match mind you, simply the idea of the Briefcase that houses a title contract that can be cashed in at any time for a WWE World Heavyweight Championship match. For years it was an interesting wrinkle thrown into the WWE’s storytelling. It was the ultimate twist ending that could come at any time.

Last year was an entirely predictable cash in of the Money In The Bank Briefcase. Anybody with even a slight feel for storytelling knew without question that it would be cashed in at Survivor Series to screw Roman Reigns out of the WWE World Heavyweight Championship. It was the first time I felt entirely disappointed by the cash in (granted it might have just been that it was Sheamus or that it was literally the least creative thing they could have done given the circumstances). It was bad, not that there haven’t been duds before (Swagger, Sandow, Del Rio).

That said, it was Sheamus’ cash in that made me realize that out of 16 Money In The Bank Briefcase holders, 14 have cashed in the exact same way. Every year without fail (and some times twice) some guy will run out after a match and attack a prone champion in order to cash in and defeat him. How many more times can we watch the same thing happen again and again? It’s a boring, overdone trope at this point.

I think it’s fair to say that 95% of the time they don’t tell a story with the briefcase. Somebody just holds it, and holds it… and holds it until they cash in and win. Sure the Dean Ambrose vowing to thwart any Seth Rollins cash in attempt was a brilliant idea, but the follow through was poor. That could have been insanely fun to watch play out over months, but really only happened for a couple weeks. The problem isn’t the Briefcase or it’s power within the world of the story, but more-so the fact that it’s become a crutch for the WWE Creatively.

They seem to feel like it’s very existence is compelling enough, but that’s simply not true. There are so many stories left to tell that center around the power that one possesses when they have the briefcase. How have we never seen the story of the briefcase driving somebody mad like the one ring, corrupting them despite their initial good intentions. How in 16 goes at this have we never seen the WWE Champion also possess the Money In The Bank Briefcase as the ultimate insurance policy. How did we never get The Shield saying they’d win the briefcase and sit on it because it’s existence is an injustice, only for one of them to eventually use it and prove to be a hypocrite.

The Briefcase can be a great narrative tool. It can add intrigue with clever and interesting writing. Just giving it to somebody and making the fact that they have it be the entire story is a crutch. Tell a story dammit!

Which brings us to this year’s Money In The Bank field. As I stated earlier the field is incredibly this year, and all these men would be fine holders of the Briefcase. Unfortunately only one provides the narrative juice at the moment to make holding that briefcase an effective story, and with all due credit to the greatness of Kevin Owens and Chris Jericho, it’s Dean Ambrose.

Dean Ambrose is in a unique narrative position that makes him as the Money In The Bank winner the most compelling. Not only is his best friend the Champion, not only is his mortal enemy (and former best friend) vying for Championship as we speak, he is also the only member of the former Shield to never be WWE World Heavyweight Champion. Giving him the briefcase opens up a myriad of intriguing story permutations for Dean Ambrose.

It could cause a rift between he and Roman, because Roman doesn’t trust that Dean won’t cash in on him unfairly. Seth could try to manipulate Dean into cashing in because Seth think’s he’d have a better shot at getting his title back from Ambrose. Ambrose could see opportunity after opportunity to cash in slip away un-capitalized on because of his friendship with Roman Reigns. Dean could hold it until Wrestlemania where he cashes in to join Seth (who wins the Royal Rumble) and Roman (The Champion) in a Shield Triple Threat.

In all these scenarios, the Money In The Bank Briefcase is a tool that is used to enhance a personal and emotionally compelling story. In anyone of the other 5 men’s hands it would be a narrative crutch, used to bide time until they eventually cash in. The Money In The Bank can be so interesting, and here’s to hoping that regardless who wins it, they do more than sit on it until a “surprise” cash in.

There you have it folks, but as always I want to know what you think! Has the Money In The Bank Briefcase lost a bit of its prestige to you? What are some interesting stories that have been yet to be told surrounding the Briefcase? What was the best MITB Cash In? And who would be the most compelling Mr. Money In The Bank this year?

Until next time folks (which is hopefully soon) I’m Matty J. Douglas saying there should only be one WWE World Heavyweight Title after the brand split. The Intercontinental and United States Championships should be the designated title for each brand. Also Raw should exclusively have the Women’s Championship (and thus Women’s Wrestling) while Smackdown exclusively has the Tag Team Championship (and thus Tag Team Wrestling), or vice versa. The WWE World Heavyweight Champion is the only man that can be on both brands. Just my two cents on that.