Good morning, boys and girls. I am Joel Mcintyre. John Canton was gracious enough to give me a chance to devote some of my time and energy to writing about one of my first loves, which is wrestling. I am a 35-year-old wrestling fan of over 30 years. I started watching around 1990 and while most would point to that and say: “Oh, Warrior and Hogan at Wrestlemania 6 must have drawn you in.” Nope, I was born and raised in the very southern state of Georgia. What drew me to wrestling was the Four Horsemen. Arn Anderson, although much older, lived 10-15 minutes away from where I did for much of my childhood in Rome, Georgia. I was a Horsemen guy, Steiner Brothers, Sting and Lex Luger. I watched WWF but WCW was always my “home promotion” if you will. Even in my teens when the Attitude Era kicked into high gear, I always preferred WCW because they did more events closer to my area because the WWF didn’t value the southern territory as much as they should have.

The purpose of this masterpiece (that is what I’m calling it since it’s my column, so my rules) is to look ahead into the near future as fans return to WWE shows later this week and AEW started touring again last week. I still love WWE. Always have. I do, however, have a great appreciation for AEW and what they are doing. I have the utmost respect for Cody Rhodes because of what his father did for this business. However, with fans returning, both WWE and AEW have some glaring holes that need to be fixed once crowds are back in the building. What I am going to do is go down the list of everything that I can see that needs improvement. I’ll start with WWE today and then an AEW column will go up on Wednesday. 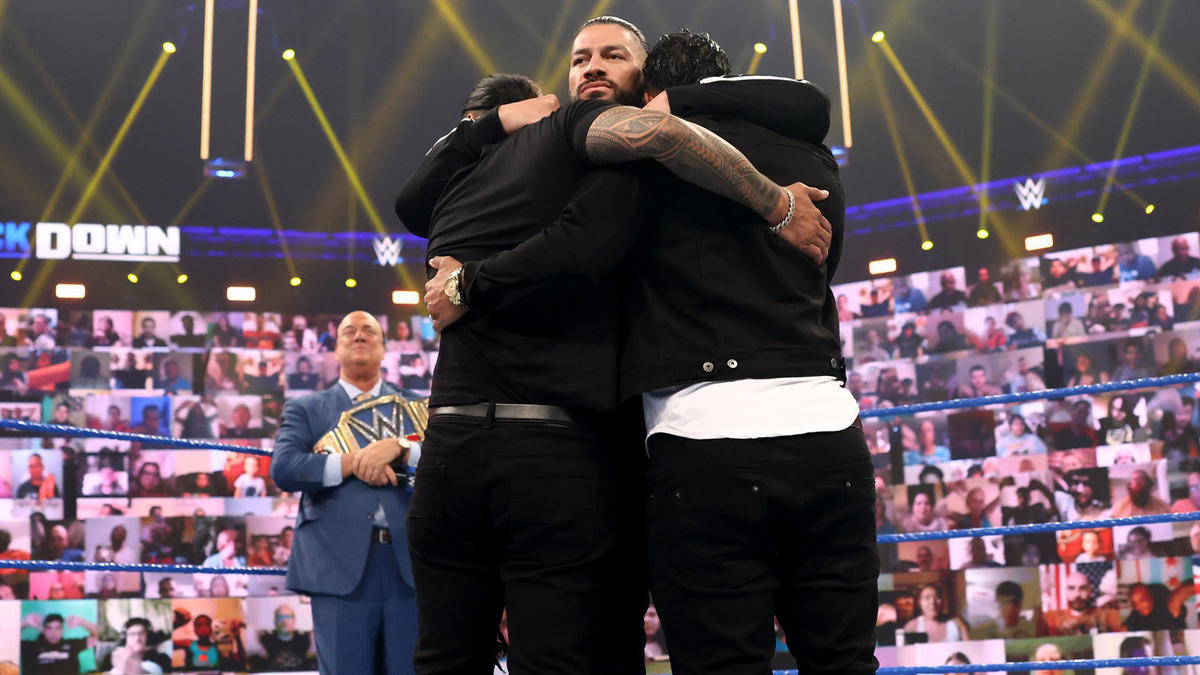 WWE is up first. I’m a WWE lifer. Does that mean I don’t like AEW? No. It just means my default will always be WWE. People complain about ratings and I agree. They’re not like they were in the Attitude Era and no matter how good the product is or can be, they will never get to those numbers again. There are too many ways to watch wrestling and too many different avenues that Nielsen doesn’t account for in their ratings report. WWE is more profitable than they’ve ever been and their next television contracts will likely be similar or better than the ones they have now. Wrestling is cheaper to produce and more consistent than anything else besides sports programming. They are not without their flaws, however. There are some pretty significant items they need to fix before they get deep into touring again.

The Roman Reigns storyline on Smackdown is one of the most compelling angles WWE has done in years. A year into the story and it is still adding different wrinkles and layers to it. That is something you rarely see nowadays. That is proof that a well-crafted story can be developed. The Aleister Black story was compelling. It had layers. There were so many different ways you could have taken that story. Then you fired the guy. I love Drew Mcintyre. He is easily one of the MVPs of the Pandemic era, but do you honestly believe a live crowd is going to care about him feuding with a guy over a sword? Jinder Mahal and Drew already have history. THE STORY IS ALREADY WRITTEN. You just have to go with it. It is not rocket science. If you want Drew to remain one of your top babyfaces, turning him into a Scottish professor feuding over a sword probably isn’t the best idea.

Another story that writes itself. The Money in the Bank Ladder match. We know Big E is in that match. We also know Kofi is facing Bobby Lashley for the WWE Championship. We’ve already seen Bobby Lashley destroy Xavier Woods. Why not have him destroy both members of the New Day at Money in the Bank? Have him put the Hurt Lock on Woods after the match as Kofi is out and don’t let go until Big E runs out to run him off. Later (or earlier depending on match placement), you have Big E win that Money in the Bank contract. The very next night on Raw, Bobby is having a championship celebration and Big E walks out on stage with his briefcase. No smiling, no throwing powder in the air, no pancakes. All serious Big E. He mentions how he saw what Lashley did to Woods and Kofi last night and it made him sick. Big E wants Lashley to try what he did last night (to Kofi and Woods) on him (Big E), so Big E is officially announcing he is cashing in his contract on Lashley at Summerslam. You instantly have a big money match at that show. You had both champions retain at WrestleMania. At Summerslam, one of them has to lose and Roman is on too much of a roll right now. Having Big E have his moment in front of 40,000 people will be a star-making moment that will give returning fans something to think about and it makes sense for Big E to avenge his brothers. The story is there, Vince. Use it.

That is just one idea. I know WWE knows how to craft compelling stories. I’ve seen it and I’ve seen it recently. You just have to take the time to do it. 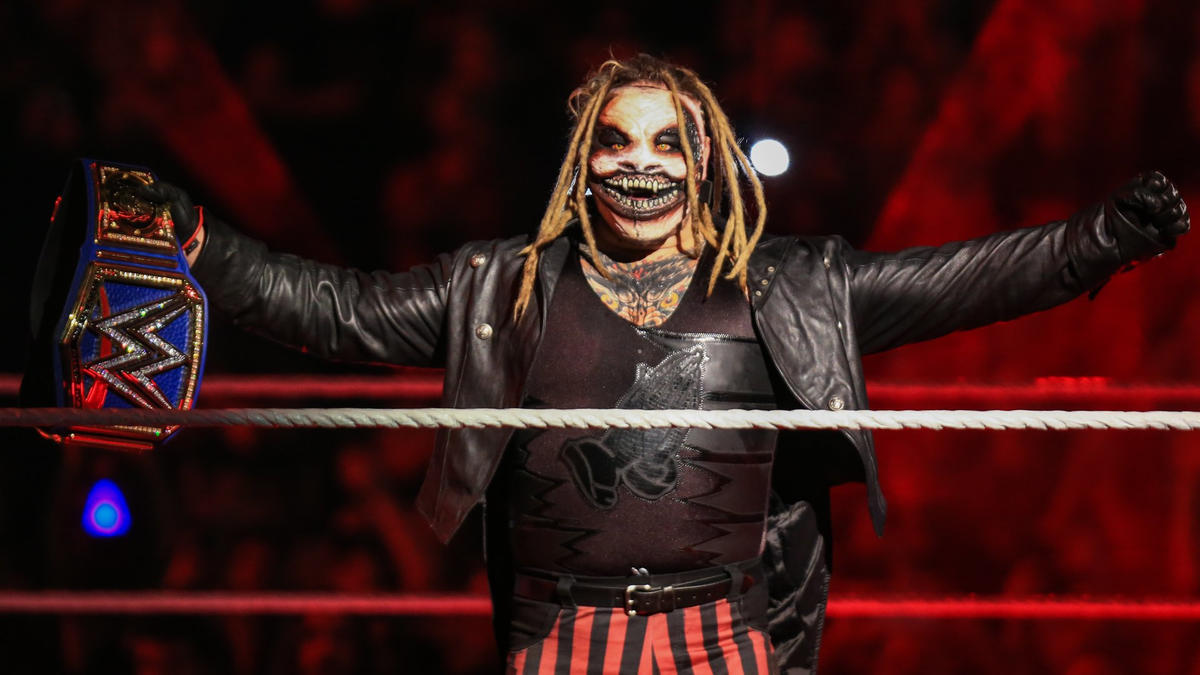 Roman Reigns’ character is untouchable. Everything he touches turns to gold at this point. Aside from that, I don’t see very much in the way of characters. It’s just everybody going through phases.

The Fiend was an awesome character. Then they ruined him in five minutes with a loss to Goldberg and he hasn’t been the same since. I said it when it happened that The Fiend winning the Universal Title was the worst thing to happen to him because he would eventually lose it.

I like what they’re doing with Nikki Cross. It’s not my cup of tea, but her character isn’t targeted for males over the age of 30 so I get it. Same for Alexa Bliss, but they need to do a better job of building characters.

I’m not saying everybody needs a gimmick, but everybody needs to give me a reason to care about whether they win or lose, and outside of about a handful of guys, nobody in WWE on the main roster does that for me. Make me care, WWE. That’s all I want.

I’m not saying create a ranking system like AEW or keep track of everybody’s win/loss record but stop 50/50 booking. I love Drew McIntyre. He’s probably my favorite babyface in the company, but giving him three chances at the WWE Title only for him to lose all of them and then putting him in the Money in the Bank Ladder Match, you’re just asking for the fans to turn on him like they did John Cena and Roman Reigns.

I’m glad Zelina Vega is back where she belongs, but she hasn’t been seen since November. What has she done to deserve a spot in the Money in the Bank ladder match? At least have her qualify for it. You have 25 women in NXT you could have brought up for that qualifying match. Yet Liv Morgan, who is winning every week, was only put in the match after Carmella, who she beat twice, was given a title shot. Carmella lost multiple title matches to Sasha Banks, now Carmella gets to face Bianca to replace an injured Bayley, who was getting her third title shot despite losing the other two clean. Have somebody win a few matches and give them momentum instead of just hot-shotting it and expecting the fans to buy-in.

Focus on the Tag Team Division

RAW has AJ Styles and Omos, who I doubt will even be a team in six months, the Viking Raiders, RKBro (see AJ/Omos), The New Day, Lucha House Party, Mace and T-Bar. I guess you could add Mansoor/Ali eventually but not now. That’s six teams. Smackdown has The Mysterios, the Usos, Dirty Dawgs (Roode/Ziggler), Alpha Academy and The Street Profits. That’s five teams. Now, granted, I still think Smackdown has the better teams but there are still 11 teams between two brands. That’s not enough for two sets of tag titles. I’m not even going to address the non-existent women’s tag division.

Mace and T-Bar should be running through the Raw division, not losing to rollups to the Lucha House Party. Take some guys who aren’t doing anything and pair them up. You’re telling me you can’t put Cesaro and Nakamura back together? Or have this thing with Corbin lead to a face turn and tag team with Nakamura? On Raw, why did you break up Elias and Ryker just to push Ryker as a babyface? Why break up Cedric and Shelton? Those two teams could have added depth to the tag team division. Especially when two of the six teams likely will not make it out of 2021 as a tag team. You have the talent. Hell, you have a bunch of guys in NXT sitting around doing nothing. The Attitude Era focused on the same teams as champions most of the time, but the difference is you had depth. Even if the same teams held the titles, you always seemed to have multiple tag feuds going on that didn’t involve the titles. Have the belts mean something. It’s not that hard.

This Rhea Ripley/Charlotte Flair feud is horrible. It is not helping anyone. Charlotte and Rhea are both natural heels which is also what makes it boring as well as some of the dialogue used. Bianca Belair is doing well as Smackdown Women’s Champion, but she has faced Bayley twice and would have a third time if she hadn’t gotten injured. They released all the women’s tag teams so They had to bring one up from NXT. Smackdown has some life with Tegan Nox, Shotzi Blackheart, and Toni Storm making their way up, but you need to use them better. Look how NXT uses their women. They’re not all over the show, but everything that they are in matters. There are no wasted segments. I know certain higher-ups in WWE may not be fans, but you have phenomenal talent and with Becky Lynch and Sasha Banks’s returns imminent, now is the time to use the women to their fullest potential.

That’s WWE. Notice I didn’t focus much on NXT. That’s because I think they are fine with what they are doing. I would turn the lights on or get out of the CWC, but those are cosmetic production issues that really have nothing to do with the talent involved. Ratings don’t matter as much on NXT because its main focus is getting guys ready for whatever Raw and Smackdown have in store for them.

Those are my two cents. All of these are common problems I see in WWE and they are easy fixes if they just stop and analyze the product. WWE ratings are declining. There is a reason for that. I’m looking forward to shows going back on the road. Hearing a live crowd again is going to be great. I just hope WWE understands that there are issues that need to be addressed.

(Note from John Canton: Thanks to Joel for writing this debut column. He has another one coming up about AEW this week and hopefully be contributing news posts as well. If you have any interest in contributing to TJRWrestling, we are always looking for people. There’s more information on this post right here if you’re interested.)