Happy Wednesday TJR Faithful! Over the last few weeks, between work and personal projects I’m trying to get off the ground, I’ve spent a lot of time thinking about Roman Reigns. He’s been noticeably absent for the last couple weeks after receiving a similar beating to the one that his pal Dean Ambrose received at the hands of Triple H soon afterward. The fact that Dean has been back wrestling every show since does Roman no favors in the eyes of the fans, but let’s be honest, Roman has much bigger problems than not looking as tough as Dean on TV. The fact is that in two weeks, Dean has demostrated that he is better qualified for Roman’s spot on the card, making Triple H seem like a real villain and more importantly, eliciting the cheers that the WWE wishes Roman garnered week to week. So how do you solve a problem like Roman?

Roman’s a guy with the look, the skill, and the natural physical charisma that should excel in the WWE, but he’s being rejected by the WWE’s crowds like a human body rejecting a transplanted organ. There are many reasons why fans in attendance on Raw and Smackdown haven’t yet warmed to the idea of Roman as the top babyface. Whether it is the bad character building they’ve done with him (what do we even really know about his character?) or the fact that the fans feel his entire title chase is a farce because we all know that the WWE wants him to be their top babyface champion, the fact is that a sizable and vocal portion of the audience is not feeling what WWE is putting down. 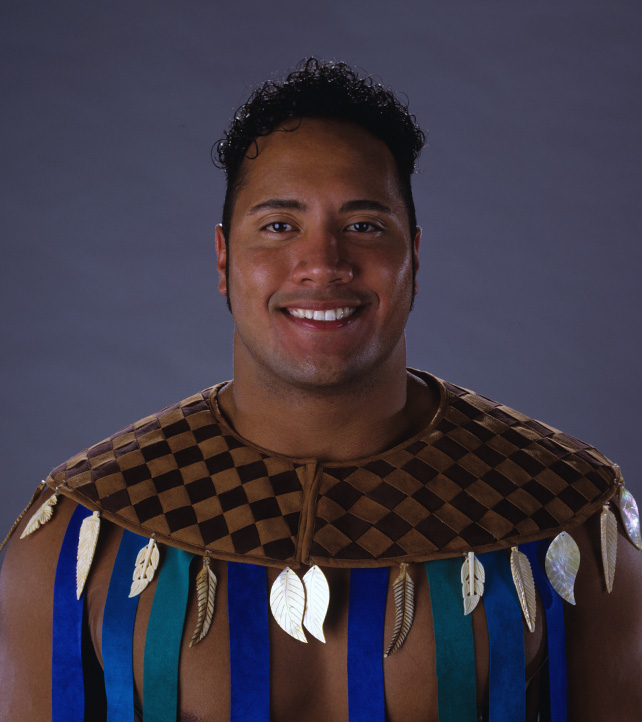 Interestingly enough, the WWE had the same kind of problem 20 years ago with a new superstar who went by the name Rocky Maivia. They brought him in, pushed him as a babyface that smiled and played to the fans. From the beginning it was clear that Rocky had a natural physical charisma and a distinct look, yet the fans rejected him. They chanted “Die Rocky Die” and “Rocky Sucks”. If the WWE had stuck to their guns and tried to force feed the fans Rocky Maivia 20 years ago, we may have never gotten The Rock.

Instead the WWE pivoted. They turned him heel and it was during this run that The Rock was born. He found his footing. He discovered his voice and transformed before our eyes into the most electrifying man in all of sports and entertainment. He ended up becoming what they’d hoped he’d be all along by turning heel. He became a top babyface and arguably the biggest star in the history of the WWE.

Now I know that isn’t guaranteed to happen if Roman Reigns were to turn heel. He could be equally disastrous as a villain, but at this point it’s worth pulling the trigger on. Outside of Hulk Hogan, every top babyface in the WWE had a significant heel run before becoming the top babyface. Stone Cold, The Rock, John Cena, Daniel Bryan, CM Punk, Shawn Michael, Triple H, the list goes on and on. For whatever reason, history tells us that it is in heeldom where you find your voice and become the babyface people want to see.

Maybe it’s the fact that redemption is the story that fans want to see told? Or maybe it’s the fact that everybody likes a bad boy? Regardless of what makes this phenomenon so, it is silly for the WWE to ignore the fans and their history, and continue to try to sell us Roman Reigns as the conquering hero, and odds-breaker. If the goal is for Roman to be the top babyface in the WWE for years to come, a heel run isn’t just preferred, it’s necessary.

The question then becomes, how do you turn Roman Reigns heel? Well you do it at Wrestlemania. With The Rock in his corner during the main event, he and Triple H have a hard hitting match. Roman needs to unleash himself on Triple H, and Triple H needs to draw that aggression out of Reigns.

Near the end of the bout, after spearing Triple H, Roman will pick up the sledgehammer that Triple H brought into the ring. He will stare at the weapon for several moments, contemplating his next move. He will wind up to strike Triple H down, when The Rock will enter the ring and stop him. The Rock will ask him what he’s thinking? His cousin will preach to him to win the match the right way. Meanwhile behind The Rock, Triple H will scream at Roman Reigns “Do It YOU COWARD!” Roman will wind back the sledgehammer once more and The Rock will grab it away from him. As The Rock throws the hammer out of the ring he will turn back into a Superman Punch from Roman Reigns.

Roman will retrieve the weapon from the outside of the ring and he will strike Triple H with it once. Twice. Three times. With each strike it seems as though a weight has been lifted off of Roman’s shoulders. He finally spears Triple H and wins the WWE World Heavyweight Championship for the 3rd time. As he celebrates, The Rock confronts him about his deplorable actions in the match. Roman shoves him, and The Rock responds by getting in Roman’s face. When it seems as though cooler heads have prevailed, Roman will blindside The Rock with a Superman Punch, followed by a spear.

With The Rock laid out, and Roman standing over him, Triple H struggles to his feet behind Roman. He approaches the new Champion and… pats him on the back and hands him his newly won Title, before exiting the ring and allowing the Champion to celebrate.

The following night on Raw, advertise that Roman will celebrate his championship victory later in the show. When that segment comes, a beat up Triple H will interrupt. He’ll tell Roman that two years ago, he ended The Shield when he made Seth Rollins an offer he couldn’t refuse. The fact is, if he had had his druthers, he would have made that offer to Roman Reigns instead of Seth.

“I knew that Seth would take the offer, which is why we made it to him, and quite frankly, your actions afterward only confirmed that we made the right choice. Seth was plan B, you were plan A, but you had pride and principles. I knew you’d reject the offer because you always felt the need to prove something to yourself and to these people. Seth became the future, but we always hoped you’d come around.”

“Why do you think we kept giving you chance after chance to unseat Seth? Why do you think we allowed for you to be in the Championship picture for months? We hoped you’d see the light and join us like we always wanted. We had given up hope at Survivor Series. We crowned Sheamus as our new WWE Champion. But at TLC our hope was renewed. When you beat me down. When you destroyed me with punch after punch and spear after spear, I finally saw the look in your eye I was waiting for. You didn’t care about pleasing these people in that moment. It was that night when I knew it was my duty to make sure you became that man for good.”

“For two years, I’ve tried to show you that the WWE Universe doesn’t matter, that your family doesn’t matter, that none of those superfluous platitudes mean anything. All that matters is that title and what you are willing to do to get it and keep it. I gave you tastes and took them away, hoping that you’d develop the hunger, the yearning that I needed you to have to be OUR WWE Champion! And last night when you hit me with the sledgehammer, when you took out your own blood, The Rock, I saw that you were finally unleashed.”

Once Triple H finishes his soliloquy, Roman will swipe his microphone away. After a long pause, Roman will tell Triple H thank you. “Thank you for showing me that every one of these fans is a worthless piece of trash, whose adulation I never required and no longer desire. Thank you for showing me that my family, desperately trying to live vicariously through me was a hindrance to my career. Thank you for giving me an outlet to unleash my anger, frustration and hatred. Thank you for making me see how important this championship is. You want a champion? I will be your champion!” Roman extends a hand to shake Triple H’s, as Raw ends.

Now if beating down The Rock and joining forces with Triple H, Vince and Stephanie wasn’t enough of a heel turn, the following week on Raw, have Roman brought to the ring by The McMahons and Triple H, have Vince proclaim that “If you thought it was the Roman Reigns show before, get ready for the longest Reign of your lifetime!”, only to be interrupted by the first challenger for Roman Reigns’ Title, AJ Styles. Let Roman pick on AJ for weeks, and eventually beat him at Payback, solidifying him as the WWE’s most reviled villain.

There are several great things that come out of this. Firstly Roman can get some new threads! Secondly, the feuds for the year essentially write themselves. You have Roman vs. Styles (hardcore wrestling fans darling), Roman vs. Dean (which will feature the heel turn of The Usos to flank Roman in his new Empire, as well as lines like “The Authority never considered you Dean” and “So like my cousin used to say, Know your role and be my sidekick”), Roman vs. a now babyface Bray Wyatt (which will feature the main roster debut of Samoa Joe to make The Empire vs. The Wyatt Family a thing), and Roman vs. a returning Seth Rollins. Those programs can get you through to 2017 if paced well, where The Rock returns to slap some sense into Roman and start his feud with Triple H for corrupting his family. There’s also a returning John Cena waiting in the wings, Brock Lesnar and maybe even an Undertaker match too.

Finally, with the pressure of pleasing the audience gone, Roman is free to find his voice while also being on top of the WWE. He can experiment a start to show us more of who he is. If things work, he’ll eventually turn back having earned the admiration of those who booed him for the last couple years. Some worry he’ll lose the fans he already has, but when the babyface turn comes, they’ll fall right back in love with Roman. The goal should be turning those boos into cheers. The way they’ve been trying isn’t working. It’s about time they took a lesson from themselves.

There you have it, but as always I want to know what you think! Could you see yourself eventually getting behind an edgier heel Roman Reigns? Or would he become Sheamus? Why is being a heel so much better for finding your personality? Would you love to see The Empire (Roman, Joe and The Usos) vs. The Wyatt Family or what?

Until next time folks, I’m Matty J. Douglas saying go check out Zootopia. It’ll remind you that talented people can write stories that appeal to kids and adults. Have a great week everybody!