Every year I make the same mistake in thinking that WWE will completely revamp their product, address what wasn’t working, listen to the fans and deliver the next level of professional wrestling and push the envelope once more. Every year they initially appear to have listened and within weeks they revert back to the same systems and methods that fans were deriding not months before. The same is true for me after seeing WWE’s ‘new season’ post-Wrestlemania. Though there has been a ‘Superstar Shakeup’, once the dust settled we were still treated to a continuing Miz vs Shane McMahon feud, an insistence that Baron Corbin should be involved in the main events of Raw and a criminal under-use of Mickie James.

It begs the question; does WWE even care at this point that some of their fanbase doesn’t want to see some of their stars or stories? Is their attitude so grandiose that they know they’re the biggest show in town and what little competition out there will forever pale in comparison to the bright lights of the almighty WWE? One would think so, but ratings for all WWE programming (including NXT – which surprised me) are declining and the post-Mania slump sees no sign of halting anytime soon.

So what’s to blame, or rather who’s to blame? It can’t be the champions, right? God knows myself and many others bitched about Brock Lesnar being Universal Champion last year, so Seth Rollins being the top guy on Raw should improve ratings, right? Nope. Raw ratings are down. How about the blue brand? Has the addition of Roman Reigns to their roster given a timely boost? No, sadly not. Even the popular Kofi Kingston being the champ over there doesn’t seem to be helping. Becky Two Belts hasn’t had the desired effect either, but personally, I think she’s being overexposed by being on both shows, and while I do enjoy every moment Becky Lynch is on TV, too much exposure and both belts being held by one star can hurt the product over time. 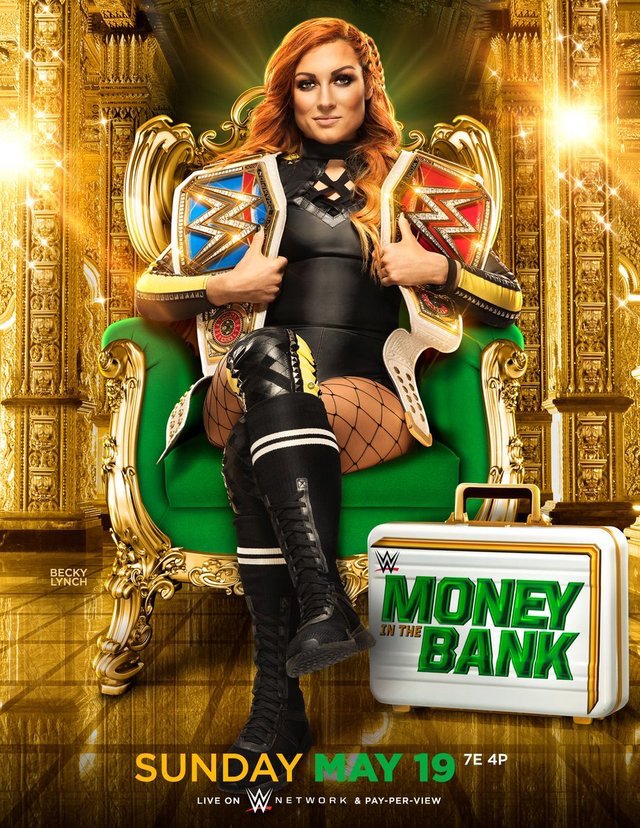 Does WWE care or do they take our viewership and WWE Network payments for granted? I mean, what else is out there to take our attention and money?

Triple H joked about AEW during the Hall of Fame ceremony that Vince McMahon could buy that ‘pissant company’ just to fire Billy Gunn all over again. This surprised me in that if anyone in WWE knows that it doesn’t take tonnes of money to make a product popular, Triple H should and NXT is the prime example of that. No huge arenas, no massive entrances, just simple storytelling with talented young, hungry stars in the making. AEW may promise a lot and we’ve yet to see them deliver, but I don’t think WWE should take them for granted as being no threat to their product.

WWE’s brash exterior and dismissive attitude towards their perceived competition may just be a mask of bravado that may hide deeper concerns for their long-term future. The WWWE roster is filled with very recognizable names and such is the depth of talent they have on their books that it’s impossible to keep everyone happy. Rumors were flying about a while back when Chris Jericho signed for AEW that Vince and company began drawing up long-term contracts for their WWE talent and boosted the salaries of the biggest stars, one would assume to stop them from joining this fledgling company that mirrors WCW in more ways than one.

The Monday Night Wars may be a distant memory, but WWE should not forget how close they came to losing that battle. It didn’t take much to tip the scales; bigger contract offers, luring the big names of the industry and showcasing them alongside their own home-grown stars. AEW has managed to tempt Chris Jericho to their product and his value lies not just in his in-ring ability, but his reach on social media, his business-savvy, his experience and know-how. Jericho is no fool and his signing could be the most important they’ll ever make.

The artist formerly known as Dean Ambrose, now Jon Moxley, teased a possible arrival in AEW at Double or Nothing. This is a bigger deal that many will think as Moxley is a bonafide star, a former WWE Grand Slam champion, part of the biggest faction in recent memory and still in the prime of his career. His choice to not re-sign with WWE and instead seek his future elsewhere should be a wakeup call for WWE and could signal a change of heart in many of his former colleagues. (It should be noted that we have no idea if Moxley will show up in AEW, but he has left WWE, so anything is possible now.)

World Wrestling Entertainment may be the biggest dog in the yard for many years to come, but they should always be on the lookout for the next step in their evolution. All around them are smaller companies with hungry young talent. They’ve always had competition in one form or another, and some have likened their expansion into Europe with NXT UK as nothing more than an underhand method to cherry-pick the best talent in another continent, however such advances could prove to be damaging to WWE rather than beneficial. Regardless of the number of talent on their books, there can only be so many champions in the company.

The main roster only has ten belts that can be held (Universal, WWE World, Intercontinental, United States, Raw Tag, Smackdown Tag, Raw Women’s, Smackdown Women’s, Women’s Tag Team and Cruiserweight). It doesn’t take a genius to realize that not everyone will get a seat at the top table and the more that WWE keep putting the gold on the Brock Lesnar’s of the world, the more disgruntled their talent will be.

I don’t want WWE to go under, not at all, but competition is healthy for all involved and I think WWE should relish the opportunity to go toe to toe with other federations. Locking their talent into long-term deals may be costly, but soon others may realize that they can carve out their own successes elsewhere.

Would Dean Ambrose ever have toppled Roman Reigns or Seth Rollins had he stayed? Would AJ Styles have ever been such a big name arrival without his stint away from WWE? Look at the WWE roster and imagine who would flourish if allowed to blossom away from WWE and not knocked could down the pecking order by stars seen as popular by Vince McMahon and co rather than the fans. I hope some get that chance in WWE, but if they don’t, I doubt they’d be afraid of leaving for pastures new and seeing what they can become outside of the biggest federation the world has ever seen.

What do you think? Do WWE need to take AEW more seriously or will they be a flash in the pan? Do you think others will follow Jon Moxley in leaving WWE? Who would you like to see given a chance to shine? I’d love to hear your thoughts. As always, thanks for reading.