Welcome back for some more Collective Thoughts. I wanted to use this week as a way to talk about someone who is one of the most polarizing figures in wrestling history, Jim Cornette. This isn’t going to be a biography or anything, but just a way to look at how Cornette sees wrestling, and how our views as fans from the outside might line up or differ, from his line of thinking.

The first time I ever saw Cornette was during the first Pay-Per-View my dad ever bought, which was WWF Summerslam 1996. The main event saw the WWF Champion Shawn Michaels taking on Vader, who was flanked by Cornette in the corner. For those who haven’t seen the match, Cornette has a hand in restarting the match on several different occasions and I remember walking away from that night going: “Wow, I really hate that guy”, which I suppose is the response you want when you are a wrestling heel.

Fast forward 25 years later, and I find myself a loyal Cult of Cornette member. If you don’t believe me, check the certificate on my wall. I don’t know what it is, but I appreciate the analysis he gives, albeit he is very stiff at times, and I just find myself genuinely entertained by him weekly. I know a lot of people that disagree with me think he is the worst person ever, but to each their own. I don’t think we should judge people based on where they choose to consume their wrestling content. 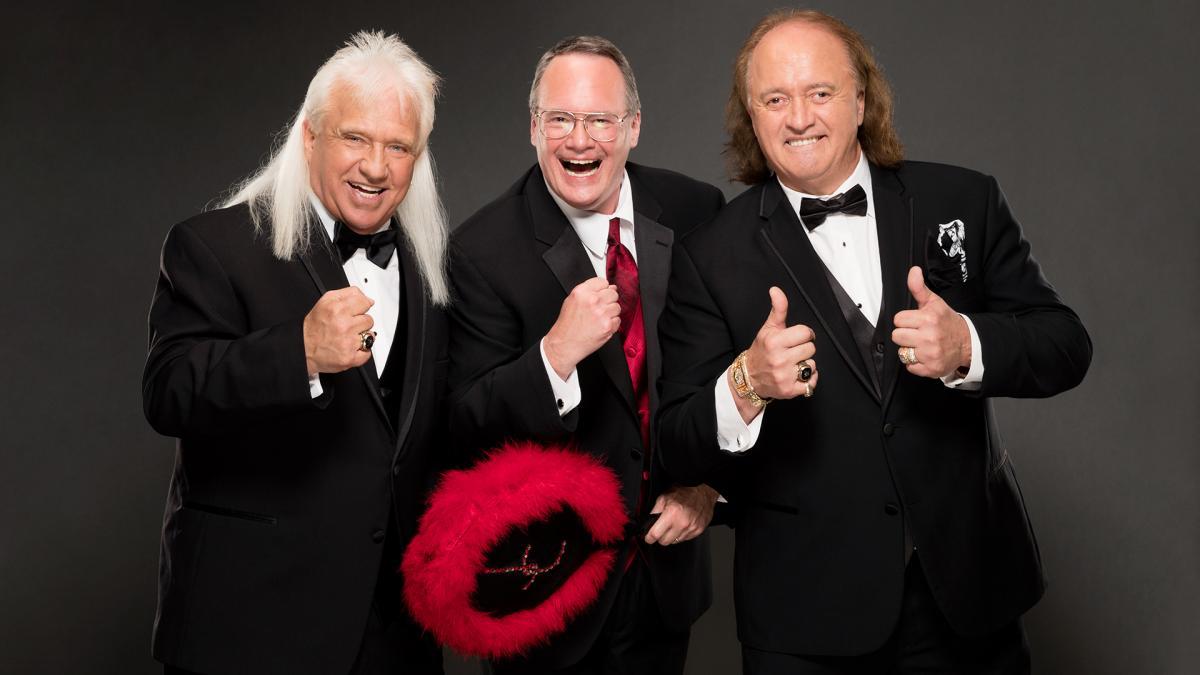 The primary target for Cornette has been AEW for the most part, and he has taken them to task on a number of occasions on his Cult of Cornette podcast (they have an awesome Youtube channel here too). He has torn into guys all over the roster and has been very vocal on his disdain for the lack of rules in the matches, along with a lot of other things. When he talks about the lack of rules in AEW, I think everyone in the IWC can get on board with it. The same rules have been in wrestling for decades and AEW seems to be trying to reinvent the wheel when it comes to their referees looking like idiots. You don’t know how much you miss classic tag team matches until you see one where the rules don’t matter. Fans collectively groan whenever we see someone get a tag on the back or the ass and it counts as a valid tag. A lot of times you hear people like Cornette being labeled as “out of touch” or “too old school”. In some instances, that may be true, but we have to realize that this guy has spent his entire adult life in the wrestling business so when he has some ideas, people should be receptive. There are so many people in the wrestling community that say that he is an “AEW hater” and never has anything good to say about it, but he has been a lot more positive on AEW programming over the last couple of weeks than he has been on WWE programming.

Are there things he goes a little too far with? Sure, but you can tell he clearly cares about the integrity of the business that has lost so much of it over the last couple of years. That seems to be part of the criteria that I have created for myself when listening to people talk about wrestling. So many people seem to act as they care about protecting an industry that has been destroyed by social media and an unrelenting fanbase, but Cornette stands out to me as someone who stands behind what he says. Just because he doesn’t like your favorite wrestler or was critical of a match that you really liked, doesn’t mean he is a bad guy.

There are also some things that I wish he wouldn’t do as much. I have never understood calling people names or telling them they shouldn’t be doing something, like being a wrestler for example. It’s easy for a lot of us to get caught in situations where we judge people but haven’t ever walked in their shoes or seen the work they put in to get somewhere. Now, I am not saying that someone like Orange Cassidy was an absolute workhorse on the indy scene that was one of the guys that should have been scooped up years ago, but I do think guys, and gimmicks like that, have a place on a modern wrestling show. Just because they didn’t do it at Starrcade 1986 doesn’t mean that it shouldn’t ever be around. I see where he is coming from when he says things like that, but we have different mindsets about how wrestling should be approached in 2021. Also, that joke that got him fired from NWA, he has to know things like that won’t fly as they did 30 years ago. We live in a much different world, thankfully.

Overall though, I honestly think Cornette still has a wealth of knowledge to give the wrestling business. With teams like FTR, and even CM Punk and Bryan Danielson coming into AEW, it feels like a legitimate wrestling show and we may see the tennis racket king dawn the suit, and walk down that aisle again. I won’t hold my breath, but stranger things have happened. Wrestling, like everything else in society, just seems to be so divided. You either hate Jim Cornette, or you love him, and there isn’t really any middle ground. I just wish sometimes we would be more receptive when other people are trying to pass on some wisdom that they have developed over years of working at a craft. I guess from that sense, I wish my man Jim would be a little more open to ideas of where the business is at these days.

What are your feelings about Jim Cornette? Do you hate him, or are you an avid Cult follower? Either way, keep the conversation going over @collectiveheel on Twitter, and let me know your thoughts. We are on to 1999 in our WCW timeline, and I will be back next week covering Souled Out. Take care of yourselves and each other. I will be back soon enough with some more Collective Thoughts.