When I was a kid, not to date myself, but the Monday Night Wars were at a fever pitch. And believe it or not both brands featured tag teams prominently. WHAT A NOVEL CONCEPT! A lot of the teams of the era had one, if not both, stars go on to singles success.

Teams like Harlem Heat, The Steiner Brothers, The New Age Outlaws, The Hardys, The Dudleys, Edge and Christian just to spitball a few. Those teams alone have enough name value that even the most casual fan knows at least one of them. That has to be a testament of the depth of most of these teams, right? I feel like we are on to something here. I haven’t even mentioned all the influential factions throughout the years that helped change the landscape of wrestling as we know today. The New Day is a prime example of a faction, and a tag team with longevity, working as a centerpiece of any wrestling show. There is a reason why teams like the Legion of Doom, and Demolition hold name-value today. In the peak of there respective eras, those teams were focused on and were main parts of the show. That will probably be my first and only Demolition reference for as long as you know me. 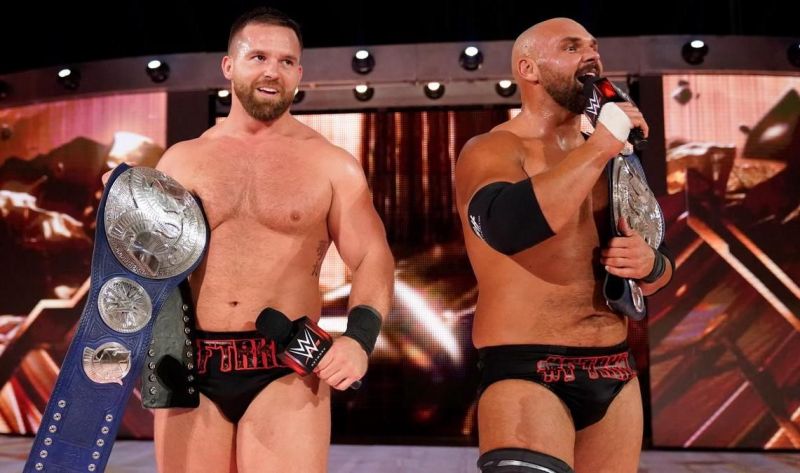 Fast forward to the mainstream today and what do we have? A bunch of makeshift teams thrown together to progress a storyline. That is fine in a sense, but like everything else when overused can get annoying. Teams like the OC, The Revival, and The Usos have been relegated to a tag team division that has long been forgotten and pushed to the wayside. If you don’t believe me watch a lot of recent WWE TV and you will find the tag team titles are either defended on the preshow or NOT AT ALL. Talk about a fall from grace from the highest of mountain tops. Lately, however, they are starting to add some of these teams into main storylines (like The Revival teaming up with Randy Orton), which is not a bad thing at all. They are still missing huge opportunities, though, when it comes to making the division a focal part of your show. I already mentioned The Dudleys, Hardys and Edge and Christian, who for some people put on not only one of the best ladder matches of all time, but for some, one of the best matches ever…period.

I long for the days where guys and girls can build credibility being part of a tag team and getting over that way. It seems like a simple concept but again WWE seems to be lost in the weeds with a lot of this stuff. If you don’t believe me just check out Wrestlemania from this past year. Zack Ryder and Curt Hawkins win the tag titles in a huge upset…on the Kickoff Show of a seven-hour event. Then they are promptly forgotten about for weeks on end until eventually they are brought back to TV just to lose the titles in short order. I don’t think we should get the tinfoil hat out for me just yet.

Luckily for us, our knights in shining superkicks are here and are putting an emphasis back on the division.

All Elite Wrestling has promised tag team wrestling at the forefront of their programming and have delivered so far. Will it continue when they hit TNT in October? Who knows, but what I do know is the tournament is a nice touch.

Right off the top, you have 7 legit tag teams and it makes me feel good about the future of tag team wrestling in the mainstream. Here’s to hoping this starts an ongoing trend that leads all companies to follow suit. So far in AEW we have had a Lucha Bros vs. Young Bucks ladder match that Dave Meltzer gave a higher rating than TLC at Wrestlemania 17 (which is a different discussion for another day), and a slew of tournament set up matches that have really done wonders for the division when AEW hit the airwaves.

I already know of more teams in AEW than I think WWE even has on the roster. For me, that’s the one thing AEW has going for them. They are willing to push a type of wrestling other mainstream feds push against for some reason. Let’s just hope for all our sakes it sticks and tag teams become a focal part of their show and wrestling again in general. The question would be, why wouldn’t they, though?

The Young Bucks are a focal point of the hierarchy of AEW (which again is another discussion), and have made their name around the world teaming together. So the natural evolution would be for them to push that style with AEW and for that, I think we should be grateful. They probably also see the lack of it around mainstream wrestling and feel like its a market to separate AEW from the rest of the competition.

I know the question on everybody’s mind at this point is “Well Lance, they have to have a tournament to crown the first champions, right?” The answer is that is obviously yes because they are doing it. The fact is they have taken the time on their shows to make the crowd invested in these teams, sans the Dark Order, and make them over with the audience. Did anyone know Jungle Boy and Luchasaurus before their respective AEW debuts? Probably not, but they have taken them and made them a bona fide tag team and they have become one of the most popular teams in wrestling. If you don’t believe me take a look at the twitter poll they put up for the last team entering in the tournament where they won by at least 88%. They are on to something with the division and I am just holding out hope I am not the only one that sees it. 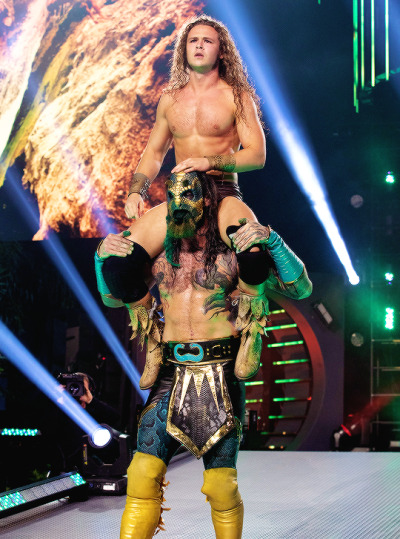 At the risk of sounding like a disgruntled old man, I just want simple things with my wrestling. Tag teams are a huge part of that and something I don’t think should just be brushed over. I could continue to ramble on and on about this, but I have said my piece.

Let me know what you think about the tag team division lacking and how AEW are trying to re-surge it. Love it? Hate it? Don’t care? Hit me up @collectiveheel on twitter to keep the conversation going.

Also on a side note, I hope you join me when I start doing the retro reviews of our favorite, and not so favorite, WCW PPV’s starting with Fall Brawl 1995!